by Prinsloo Miyambo 7 years ago6 years ago
110views
0

Microsoft yesterday announced new Lumia smartphones, the Lumia 950 and 950 XL, this comes after Sonny, Samsung and apple has introduced their flagships in the past months.

These two smartphones have similar specs, but the Lumia XL is bigger, with a 5.7-inch and Lumia 950 has 5.2-inch display.  These smartphones feature a 20MP PureView with a triple LED flash, optical image stabilization and Zeiss optics in the rear. The camera is capable of shooting 4k videos.   The 5MP snapper in the front features a wide-angle lens. 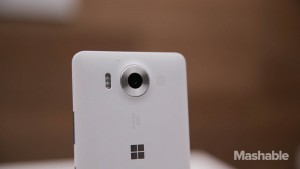 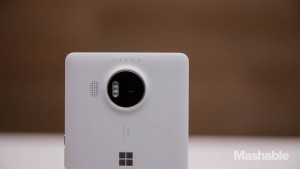 Another cool feature about their camera is that, when shooting subjects in motion, the sensor can pinpoint exactly with pixels to focus on to avoid blur.

The Lumia 950 and 950 XL will also include support for a new Continuum feature of Windows 10 Mobile. Continuum will turn a phone into a PC by allowing support for a Bluetooth mouse and keyboard, and the ability to connect a device wirelessly to a monitor.

Microsoft is adapting the Windows 10 Mobile UI to include a Start Menu and desktop-like interface in this mode, but a lot of the functionality will be powered by built-in apps to begin with. Developers will have to create Windows 10 universal apps to make use of Continuum, so it will take time of the feature to be really useful.

Via: theverge, techradar and mashable